I have long been obsessed with time. From being born into the transitory world of a military family to discovering the wonders of the sacred and profane as an undergraduate to now being a father to my two children, I can no longer remember a moment when I wasn’t acutely aware of time and all that comes with it - the longing to reclaim an elegiac past that perhaps never was, the struggle to live fully in the present moment, and the haunting solitude of knowing that one day I’ll permanently run out of time. It’s no surprise then that I find solace in photography, and in particular, people-centered long exposure photography for it offers a direct refutation to my own conflict with time and to the philosopher Heraclitus’s words that “you can never step into the same river twice”.

From the steps of the Lincoln Memorial to the waters of Ithaca Falls, Out of Time features people set in long exposure against both static and moving environments. Time, and our relation to it, is manifested to a degree that nature never fully intended, for within each scene, a multitude of moments and lives exist. Past and future converge on an infinite present as the people featured in each image act as surrogates for my own, personal inability to counter the effects of time. While I cannot alter the passage of time, I can for them. And in having stepped out of time, they act as a rebuttal to Heraclitus and an affirmation to the notion that we can not only step into the same river twice, but we can step in again and again and again.

Out of Time is on exhibit at the CAP ArtSpace Gallery in Ithaca, NY from December 7 - December 30, 2018. 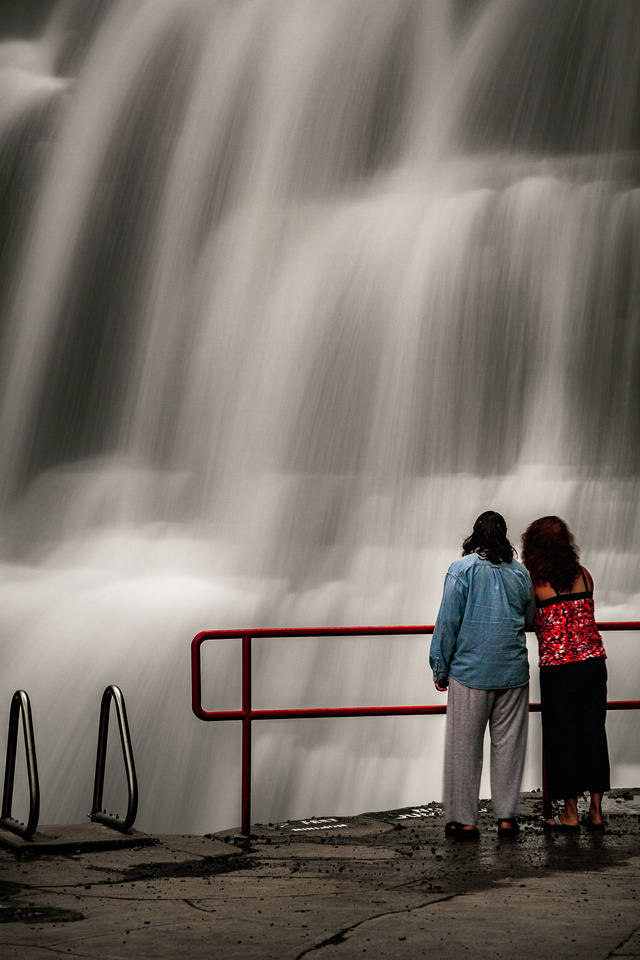 Two LoversAmidst the waters of Treman State Park, a couple holds one another in an intimate embrace. They stand still just long enough to become a part of the long exposure that extends the water’s flow into eternity. What lurks before the metal beams and water's edge is surrounded in a spray of awe and mystery, protected by the words flowing upon the waters. 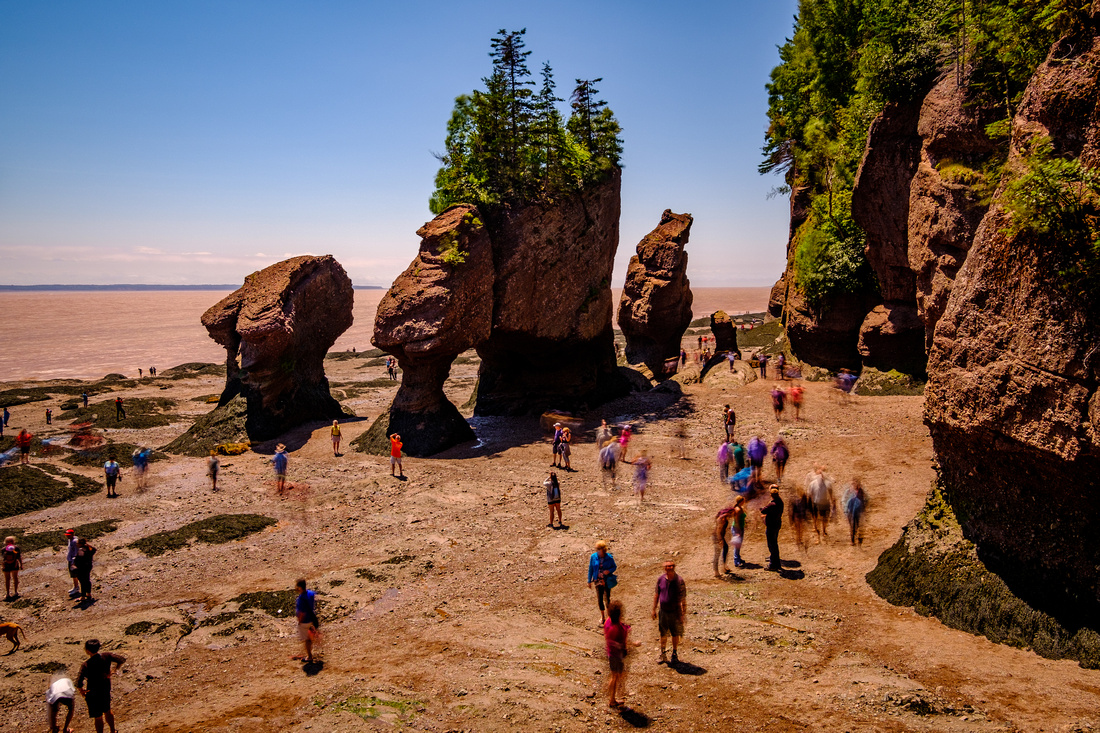 Hopewell RocksDuring low tide at Hopewell Rocks, the Bay of Fundy has receded into oblivion. With over 40 feet in tidal changes, it’s among the largest in the world. During the limited window when it’s safe to walk about, people stream out across and over the muddy, rock covered sea floor. Come afternoon, the sea will return, and with it, kayakers as they explore an alternate, Canadian reality. 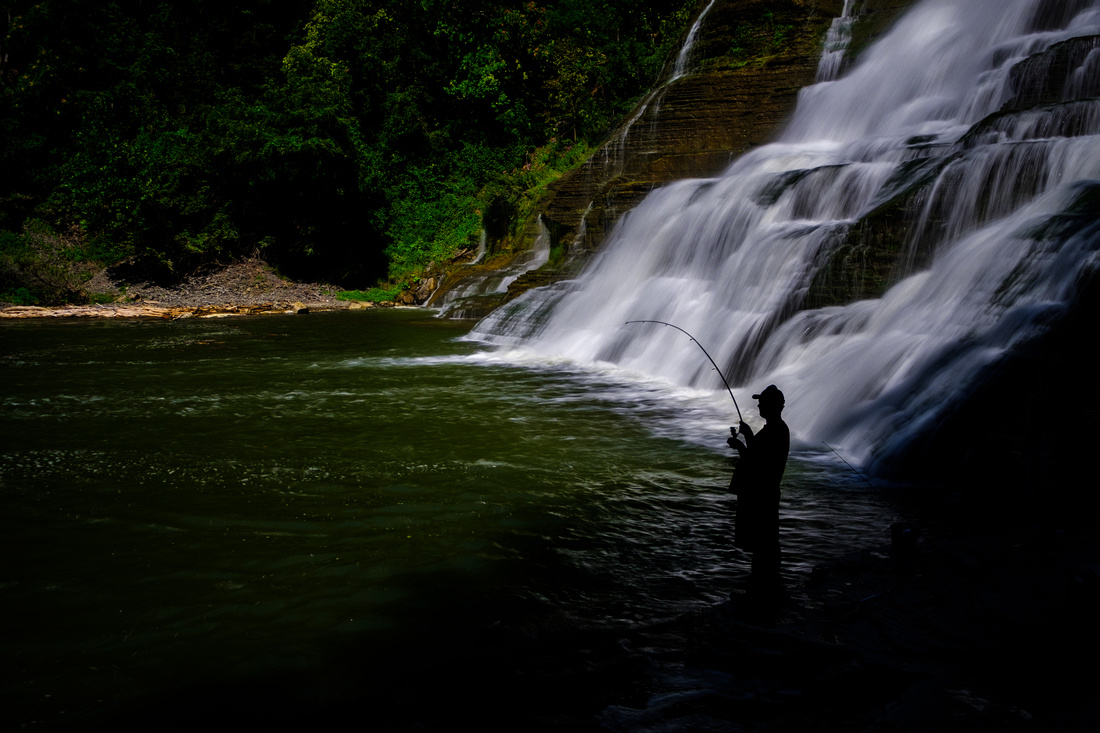 Ithaca FallsRecent storms have filled the rivers to their brims as Ithaca Falls overflows with water. As the light of the early morning sun begins to illuminate the gorge and nearby shore, a fisherman pulls up his rod in hopes of snaring an early summer’s trout. Paused in his movement, he is caught in silhouette at the base of the falls while the waters beyond him flow on in perpetuity. 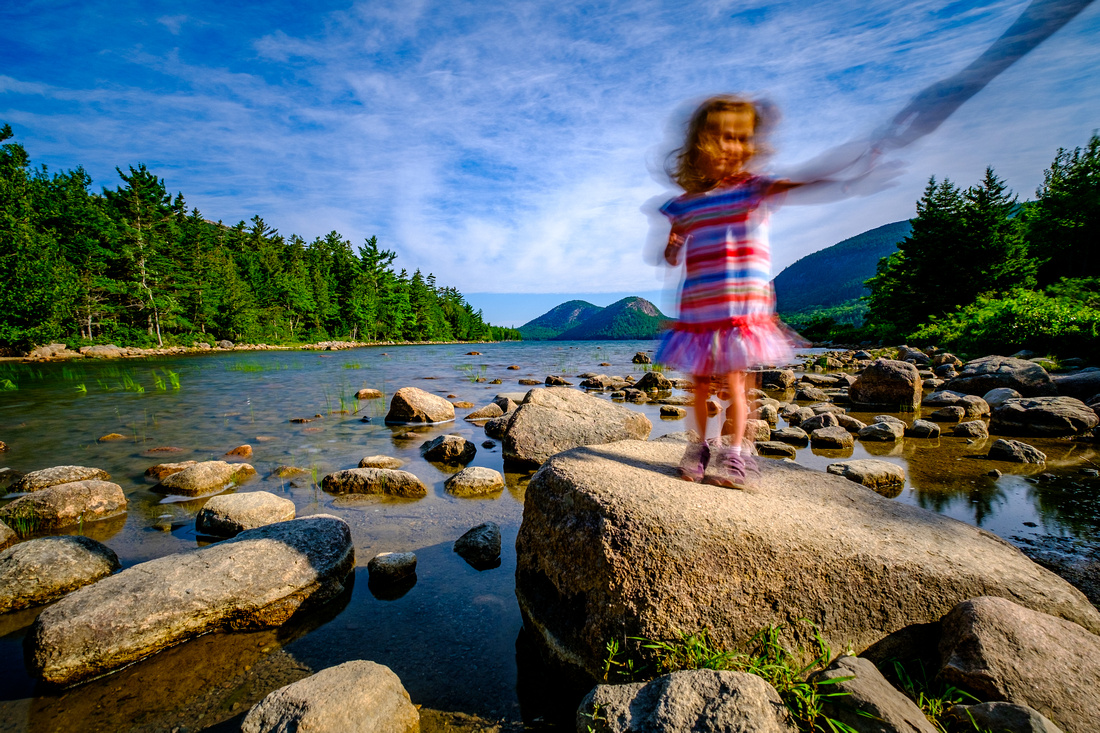 Out of TimeA late summer morning in Acadia National Park, my daughter stands atop a rock on the edge of Jordan Pond. She reaches towards my wife’s outstretched hand, seemingly there but not. I am filled with both joy and sadness as a present and future visualization of being a parent comes into focus – you’re needed until you’re not. All I can do then is cherish the present moment of each of her days. 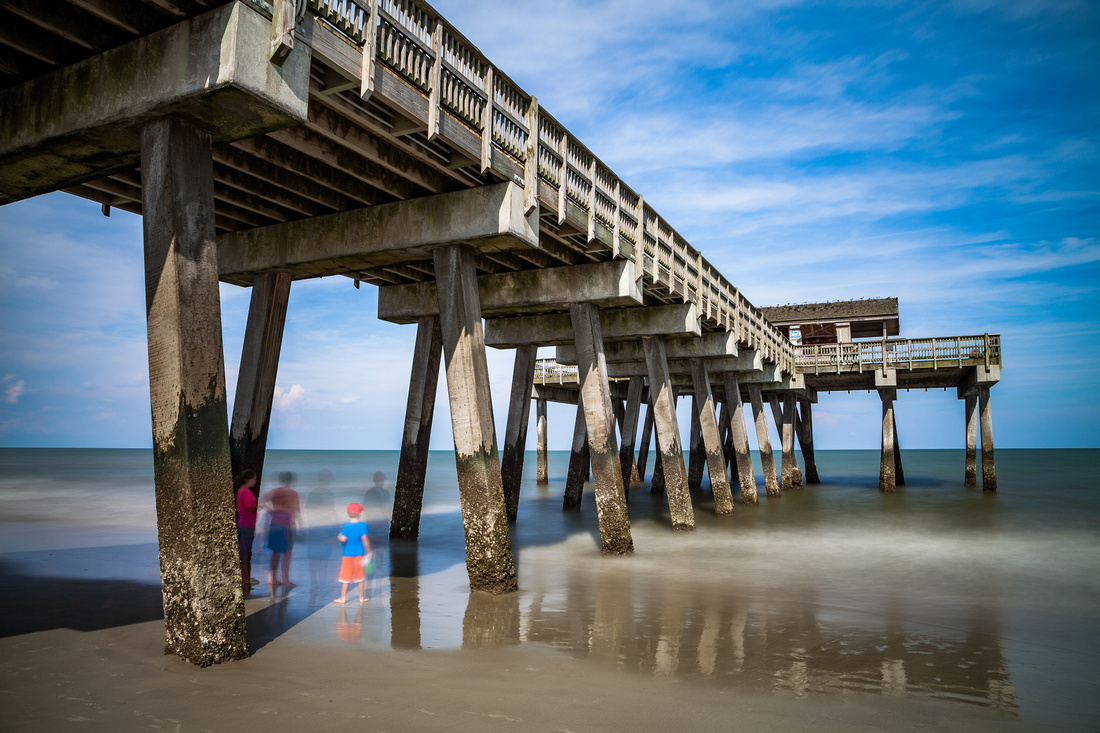 Tybee IslandA slight film of water covers the hardened, packed sand beneath the fishing pier on Tybee Island, GA. Come high tide most all the beach will submerge beneath the Atlantic’s murky depths, but until then, a family meanders amongst the pier’s exposed, barnacle covered pylons. Like the tides themselves, the people are echoes of what once was and will be again. 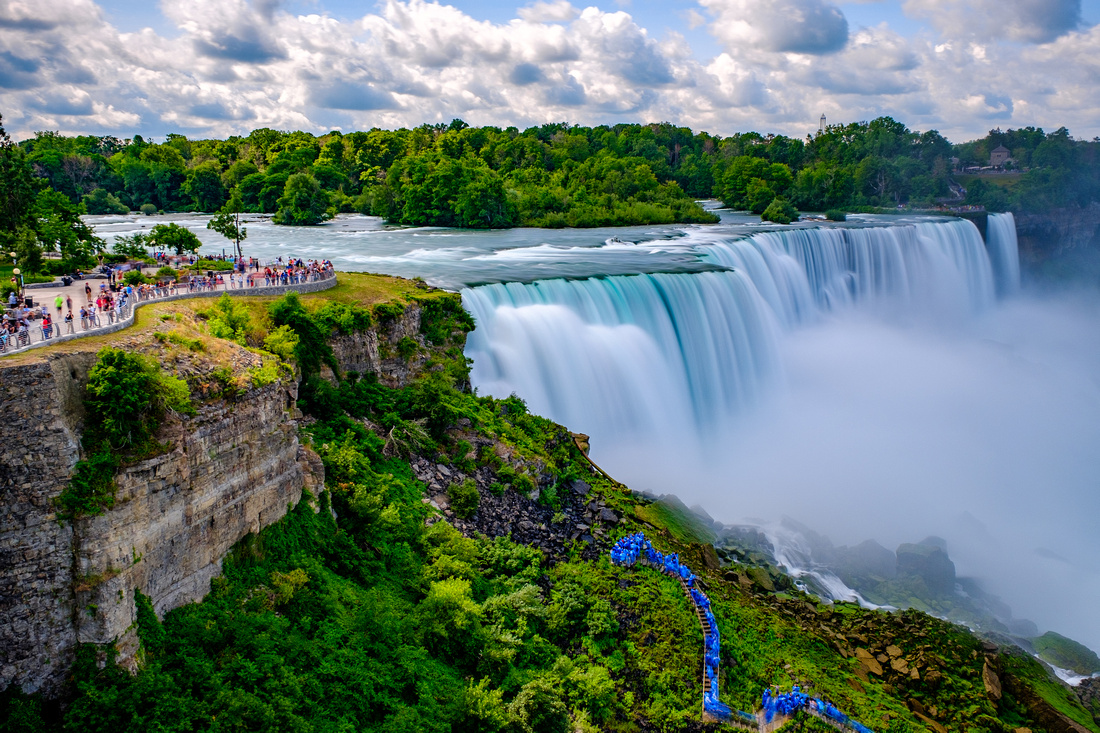 Niagara FallsAt Niagara Falls, the waters rage with a force of seemingly unimaginable fury. Yet here they appear calm and graceful as if part of some intricate ballet while the audience members slowly gather round to take in the performance. Ushered into the mists below, the waters will flow towards the sea, and back again to the falls, long after the last person disappears from view. 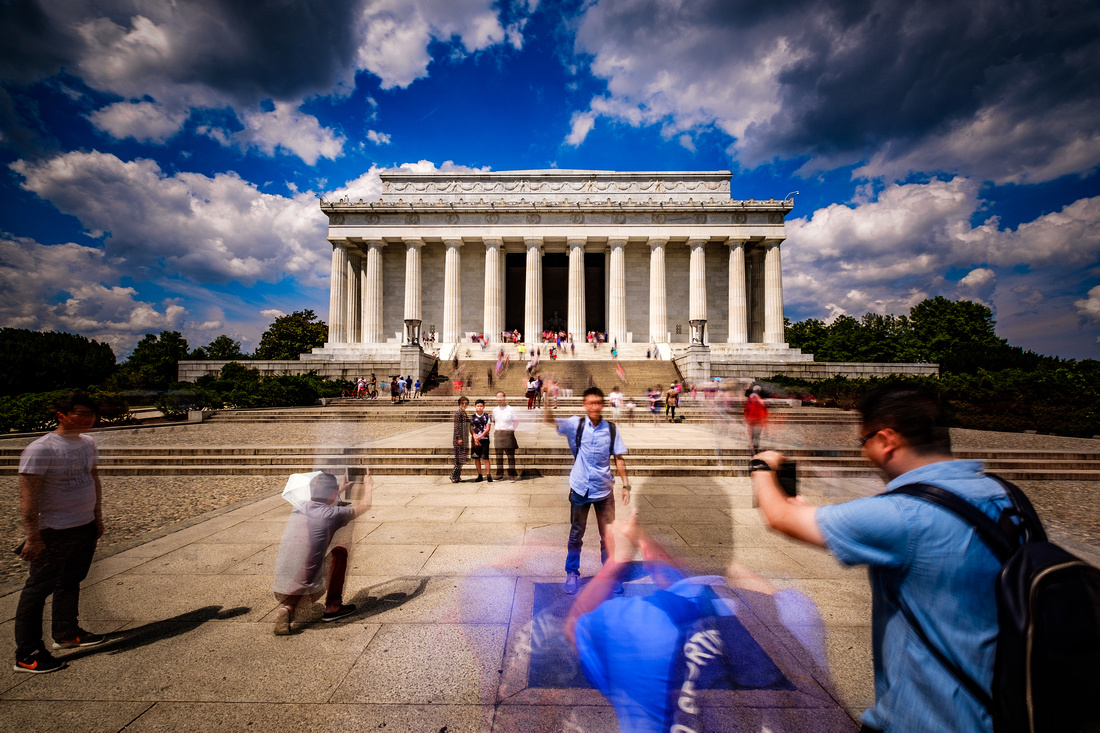 Lincoln MemorialAfter an early morning walk around the Tidal Basin, I arrive at steps of the Lincoln Memorial as a burst of clouds rise high above the Potomac River. Atop the memorial, the stoic Lincoln sits in his chair while the people around him both stand and move as transient visions. All the while, he watches over them all with his customary, magnanimous grace. 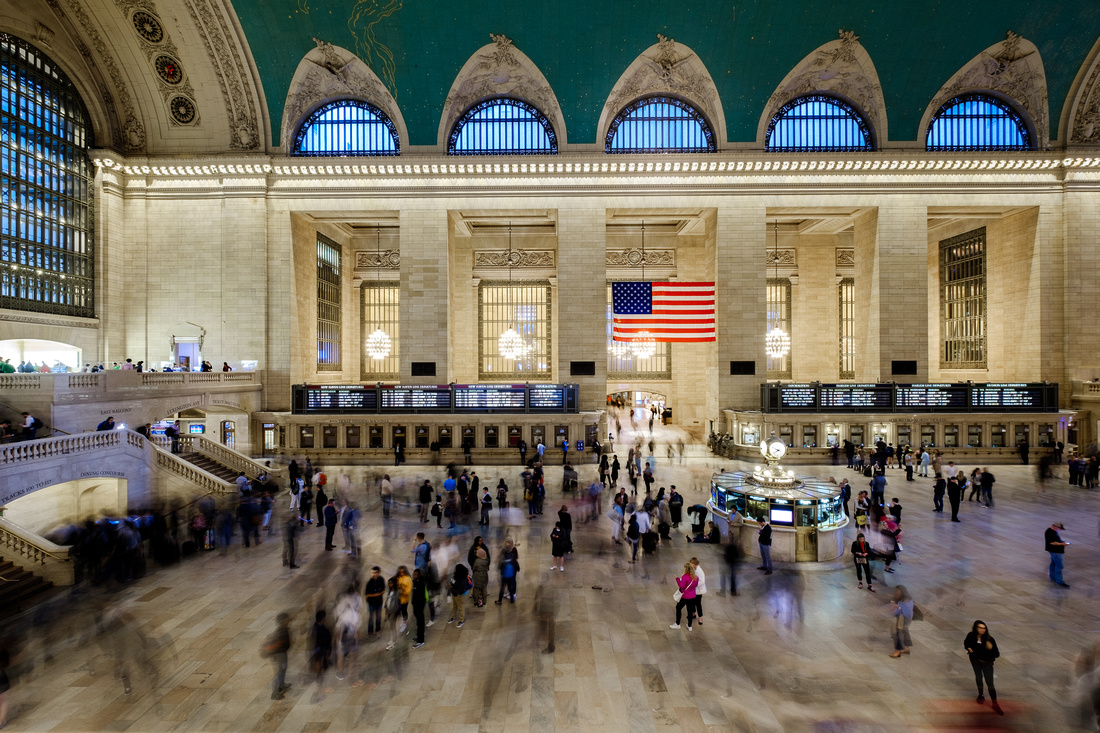 Grand Central TerminalGrand Central Terminal in midtown New York City is in constant movement during the evening commute. People arrive and depart as the electronic screens display the times and locations of their trains. A central clock greets each traveler. Some pause to take it in, while others rush by indifferent to its grandeur. In all cases, however, they are keenly aware of time’s march down the train tracks. 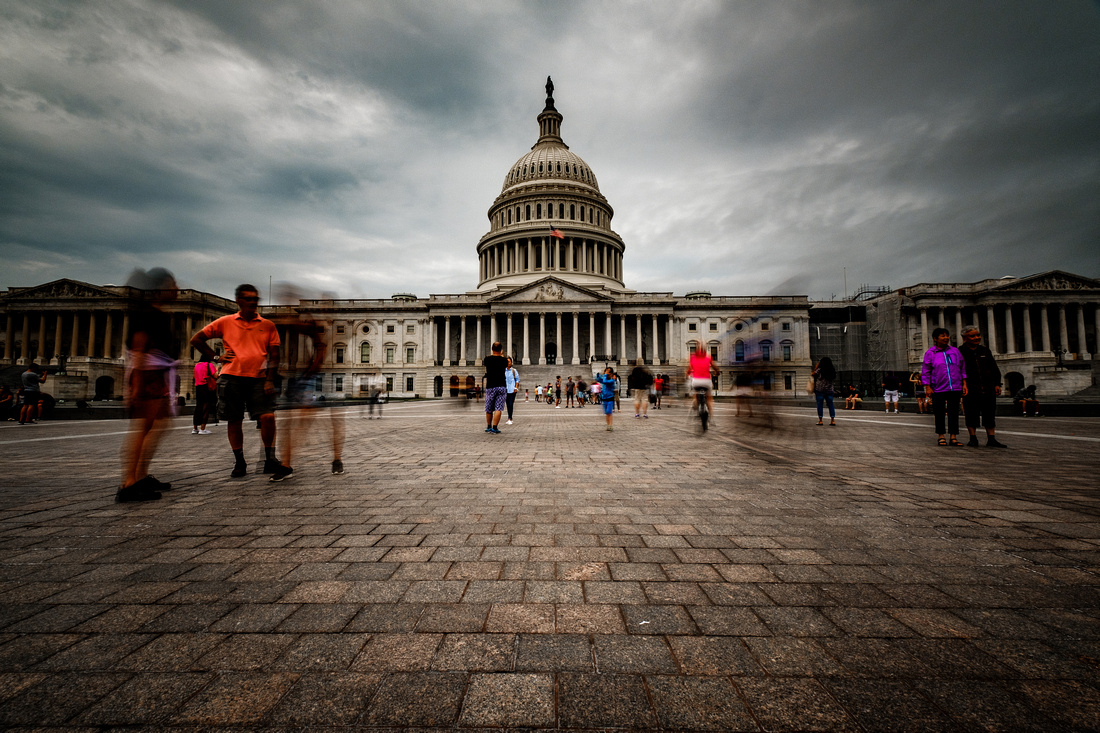 US CapitolA surprising cold front brings a late afternoon storm through the skies of Washington, DC. On the back side of the US Capitol, tourists pose and jostle about as the building’s iconic and imposing dome seems to reach up to clear a path through the clouds. It stands in contrast to the colorful people down below and the multi-colored flag that sails in an out of existence. 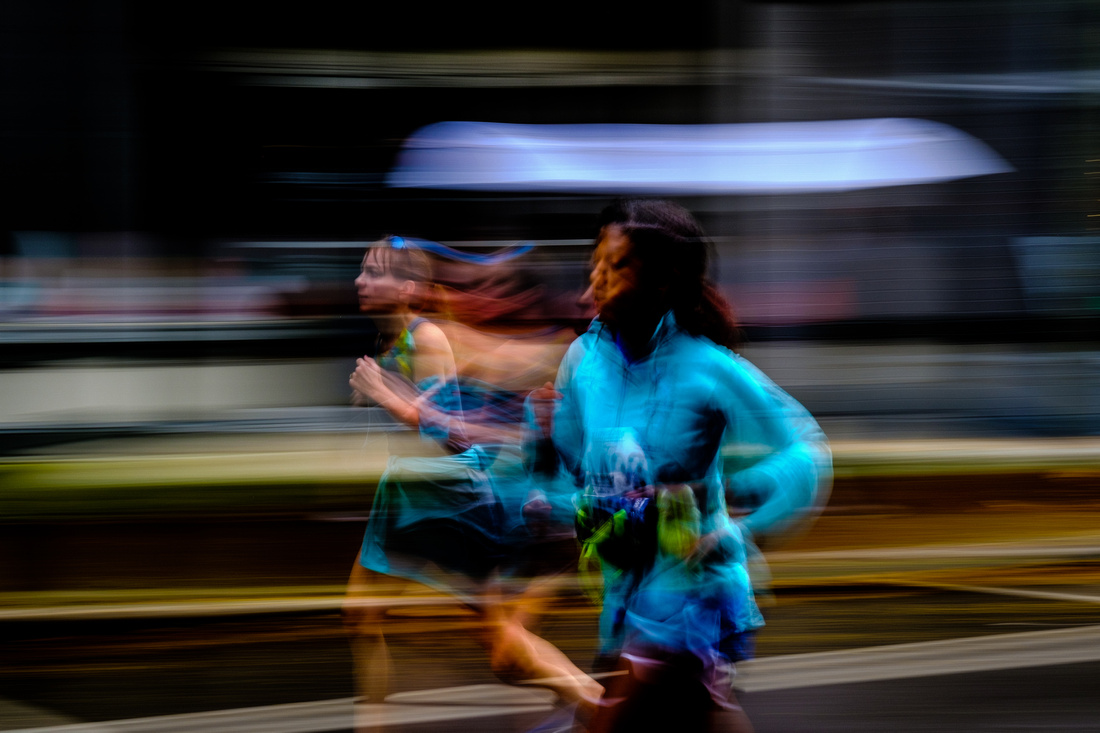 Runner 1Two women enter the home stretch of the Wineglass Marathon. The world disappears into streaks of brilliant light as the women’s past lives trail behind them like the fading embers of an icy comet burning through the atmosphere. They hurdle onward, shedding the last remnants of their former selves as they approach the ever welcoming finish line. 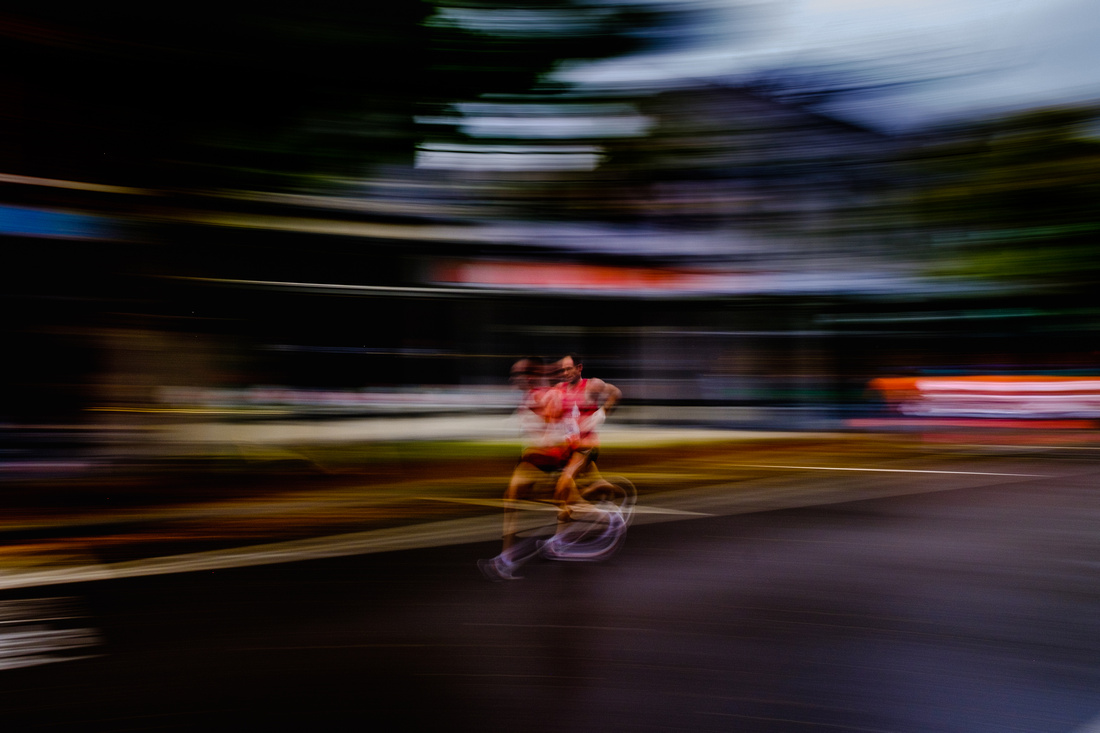 Runner 2A man races towards the finish line of the Wineglass Marathon. The buildings in the background begin to unravel as if they are being pulled apart and out of the frame. As if he is skimming across the surface of a black hole, the man’s past, present, and future fight to coexist in the passing of the morning light. Caught in an infinite loop, he is his own event horizon. 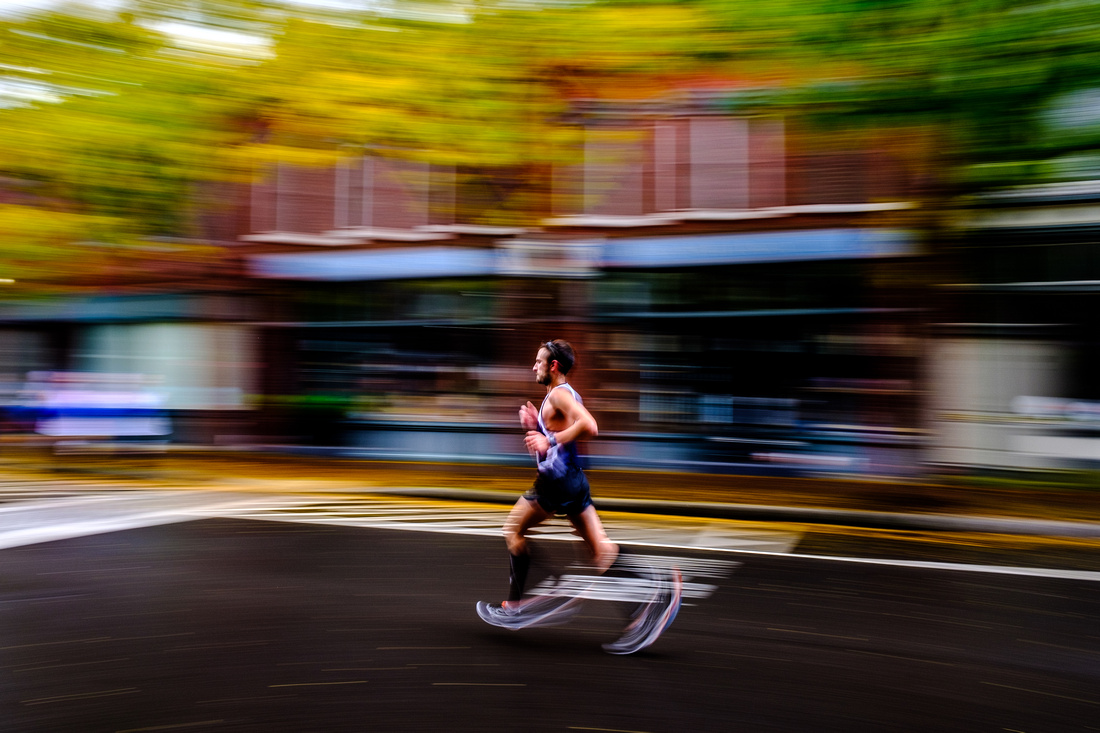 Runner 3A top placing marathon runner streaks down Market Street as the end of the Wineglass Marathon nears. With his upper torso nearly static, and the colorful tree lined streets streaking in and out of existence, his legs are like wheels powering him onward, forever on and off the ground. The pull of his universe guides him through time and to the finish.